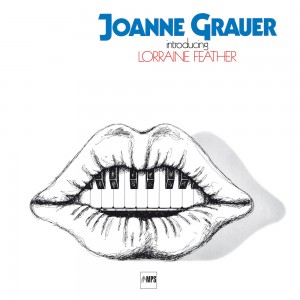 Joanne Grauer is a largely forgotten figure these days. Although the L.A.-based pianist cut her first album in 1957, a trio session with Buddy Clark and Mel Lewis, she didn’t record as a leader again until the ’70s, when she released a funky self-titled album for Avar, and the just-reissued Introducing Lorraine Feather for MPS. And even then, it would be another decade before that latter recording attained cult status, when DJ and rare-groove tastemaker Gilles Peterson began spinning “Frog Child” at clubs.

“Frog Child” is a wonder—tuneful and funky, with prog overtones and a very dance-friendly rhythmic arc. Driven by a jazzy fatback, the recording is marked by near-telepathic interplay between Grauer’s piano and Colin Bailey’s drums. But its secret weapon is David Troncoso’s virtuosic electric bass playing, which blurs the line between bass and guitar.

Although the rest of the album isn’t bad, it’s just not as memorable as “Frog Child.” The three tracks with singer Lorraine Feather are beautifully recorded—it can’t have hurt that her father, critic and onetime DownBeat contributor Leonard Feather, produced the album—and there are some flashes of Annie Ross-style wit on “The Voice.” Grauer, Troncoso and Bailey manage to find a solid, soulful groove in their version of Barbra Streisand’s “Evergreen,” but the slick playing on “Gork” and “Misty Dreams & Ruffy’s Eyes” hews closer to Vince Guaraldi-style soundtrack jazz. Only the samba-fueled “See You Later,” with Feather on vocals and Ernie Watts providing tenor saxophone counterpoint, comes close to providing “Frog Child” with a worthy sibling.