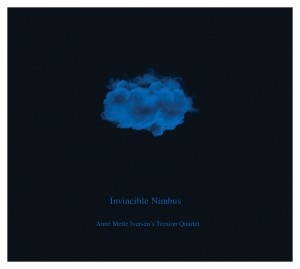 Opener “Polychromatic Pictures” sets the tone, both in name and by example, with its telegraphic melody, conversational horns, sturdy bass line and a feeling of innocent wonder. “Within A Diapason” swings with Mingus-like urgency, “Dig Your Heels In” percolates with a dancing 7 feel, and “Four Snakes” and “The Rose Window” feature interlacing, simultaneous horn solos over hitching rhythms, Eberhard stepping out on the latter with an extracurricular cadenza. “Ionian Steps” goes Balkan and “The Invincible Nimbus Of Mystery,” slower, is solemn and, well, mysterious. Interludes can be annoying, but there’s so much going on in this music that the “Ghost Word” bits come as welcome punctuation.