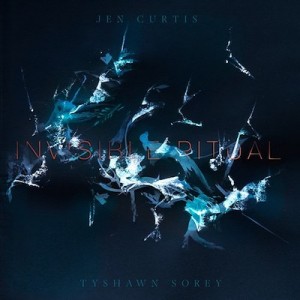 Violin’s been used in jazz and its adjacent musics since the genre’s inception.

But in 2019, a couple of string-centric releases featuring Jenny Scheinman, as well as Wonderment—a collective recording by fiddler Zach Brock, bassist Matt Ulery and drummer Jon Deitemyer—displayed vibrant contemporary contexts for the instrument, settings that point toward the violin’s continued vitality in jazz.

Violinist Jen Curtis and drummer Tyshawn Sorey lean heavily toward the experimental on Invisible Ritual, with Sorey switching to piano during a few choice moments. Amid the exploratory fervor that comprises most of the recording, the duo swings on “IV,” a tune with Curtis double stopping and Sorey ineffably moving through sections of tumult to displays of nuanced ethereality. Here, Curtis, who’s also a member of the International Contemporary Ensemble, displays folkloric bona fides, pulling out spindly melodic lines that put the instrument’s history into focus.

On “VI,” the duo sounds more meditative with Sorey returning to the piano. It’s during moments like these that the two seem to be accessing a classical vision for the album, as opposed to some more aggro strain of improv. It’s not as if they’ve gone and scored a bunch of music, but the effortlessness of their playing certainly would make that assumption a reasonable one.