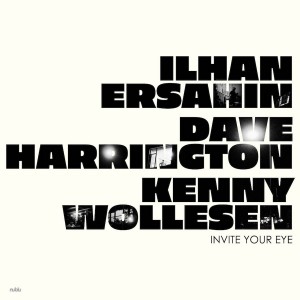 Ilhan Ersahin, Dave Harrington and Kenny Wollesen take inspiration from an undeniably cool cultural touchstone on their new project Invite Your Eye. The 1973 Robert Altman film The Long Goodbye starred Elliott Gould as Philip Marlowe, a detective prowling the streets of Los Angeles, deftly getting himself out of one jam after another while staying one step ahead of a rotating cast of characters with a range of agendas. Marlowe claims all he wants out of all this is “50 bucks a day and expenses,” but as the plot thickens, he gets a lot more invested than that.

Wollesen (who has worked with Tom Waits, John Zorn and Norah Jones) on drums, Harrington (of electronic duo Darkside) on guitar, bass and electronics, and Ersahin (who’s also a composer and club-label owner) on saxophone turn in two versions of “The Long Goodbye” of their own, rendering the song at first meditative and abstract, then a bit more ambient and electronically tinged.

What Invite Your Eye borrows most from The Long Goodbye is mood. The film is purposely dark, literally, with a great deal of its action occurring at night. The music here fits — opener “And It Happens Every Day,” with its slow, ruminative sax, evokes a life of purpose on the streets.

Elsewhere on the project, Ersahin, Harrington and Wollesen do get cooking a bit, as on “Wreck The Study,” where a slippery slide guitar works out over a compelling change before the whole thing randomly falls apart before picking back up at a more thoughtful pace. Their nine-minute slow burn “Dusty Village,” meanwhile, is a whole other animal.

This project began in a late-night jam session between the three players one night in summer 2019 at a studio in Brooklyn — far away from the film’s Californian setting. Harrington then took these recordings to his new studio in L.A. and reconstructed them, with the three adding overdubs and creating studio-based compositions from the raw improvisations. Harrison said the end result is a picture of “the imagined Los Angeles of the mind that I try to live in: a place where the psychedelic can be both inspiring and sinister, and where possibility and reality are in constant competition and conversation.”