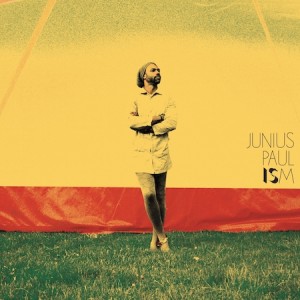 Ism, Junius Paul’s leader debut, is stitched together from multiple creative directions. Alongside many Chicago peers, the bassist received his education in the hothouse of Fred Anderson’s Velvet Lounge, graduating to current membership in the Art Ensemble of Chicago, and starring roles in Marquis Hill and Makaya McCraven’s groups. Each of these troupes carries a specific and distinct sound that Paul is an integral part of; and Ism (recorded with a cast of 15 players over eight sessions between 2016 and 2019) touches on multiple generations of the city’s improvisers and its various musical approaches.

Half of Ism features fleet-fingered, omnivorous and precise quartet music—hot, organic group flights like “You Are Free To Choose” and “Collant Denier.” Functioning as Ism’s literal centerpiece, the 20-minute “Spocky Chainsey Has Re-Emerged” is a an electronics-filled landscape with pockets of gloriously open space, the quartet sketching a vibe somewhere between electric Miles Davis and synthy mid-’80s Sun Ra. Another third of the album consists of McCraven-produced, sampler-aided cut-ups—pieces like “Baker’s Dozen” and the 11-minute “Paris,” essentially a Paul-McCraven duet with flourishes of Hill’s trumpet. Such moments of intensity are interspersed with deep breaths of ambience—some spiritual, some absurd—quilting a musical pattern as current as the city Paul reps. Gusting and sprawling, Ism is genuine in both its comforts and surprises.