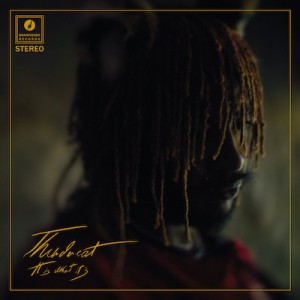 Thundercat’s It Is What It Is opens with a multipart track that defies gravity and brings to mind “Space Traveler,” a 1970s cut by jazz-rock guitarist James Vincent. Like that tune, the underpinnings of It Is What It Is are laced with reverb-drenched vocals and lush, distant strings. The bassist’s fifth album eventually comes down to Earth with drum-and-bass-influenced cuts like “I Love Louis Cole,” which features the titular singer-songwriter and producer.

Including Cole, as well as a handful of other high-profile collaborators, extends a trend for the bassist: Vocalists Kenny Loggins and Michael McDonald both were featured on Thundercat’s previous album, 2017’s Drunk. And saxophonist Kamasi Washington is a constant companion.

The bandleader’s latest disc concerns itself thematically with the heights of love and the depths of longing. And while roughly half of It Is What It Is defies gravity, songs like “Black Qualls” (which features Steve Arrington, best known as vocalist and percussionist in funk band Slave) and “How Sway” are earthly delights, brimming with bouncy synthesizers and liberal helpings of thump. Memorable guest verses from Childish Gambino and Ty Dolla $ign add some welcome seasoning, while the album’s closing title track marries floating harmonies and funk: the perfect conclusion to an album full of celestial moments and bassy underpinnings.