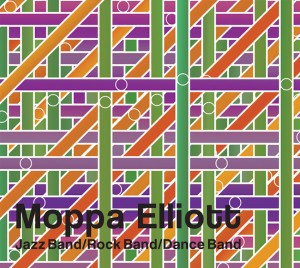 With Mostly Other People Do The Killing, bassist Moppa Elliott infuses his cacophonous compositions with punk sensibility, updating the athleticism of hard-bop with a John Zorn-like disregard for harmony and meter. And for his latest set, Elliott experiments with breaking out his music’s overlapping—and often competing—interests into component parts.

For Jazz Band, he leads a quintet through tracks culled from the MOPDTK catalog, stripping away some of the originals’ stridency to reveal the purity of their melodies. Elliott’s choice of horn players keeps things interesting; trombonist Sam Kulik and baritone saxophonist Charles Evans’ witty interplay gives “St. Mary’s Proctor” the feel of a New Orleans speakeasy, while Kulik’s mournful tone finds unexpected depths of emotion on the incongruously titled “Can’t Tell Shipp From Shohola.” At first listen, Rock Band feels like a throwaway—a set of bar-band ragers, performed by another quintet. But there’s an addictive quality to the way saxophonist Jon Irabagon begins every track like he’s blowing in a Springsteen cover band, then runs the song’s melody off the rails, devolving into evermore abstract screeches and skronks. Dance Band is the collection’s most disorienting, as Elliott plays with rhythm and groove in unexpected ways, building each song on looped riffs and rhythmic parts that never quite repeat. The result is music that has all the forward momentum of funk and hip-hop, but none of its predictability.