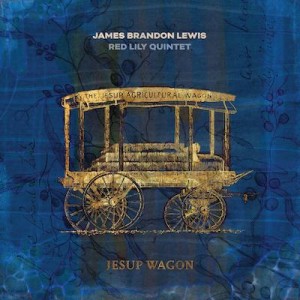 James Brandon Lewis does not take the easy road. Having forged a singular sound on the tenor saxophone, he could simply devise settings that showcase his brawny tone. Instead, he has rooted his recent music in extramusical research. The harmonic structures of last year’s quartet date, Molecular, arose from his studies of the DNA helix.

If Molecular dealt with the influence of nature, then Jesup Wagon deals with nurture. Since childhood, George Washington Carver’s combination of scientific and creative inquiries has been a template for the saxophonist’s own multidisciplinary pursuits. Each of the album’s seven pieces refers to an aspect of the dedicatee’s legacy, which extended beyond the practical application of scientific, musical and painting skills to visionary proposals to transform society.

But while the record’s narrative presents a series of teaching points, the music is anything but pedantic. Lewis’ vibrato-laden, solitary introduction to the title track sets the listener up for tragedy, only to have his band march jubilantly in, banishing his blues like a New Orleans parade. The interlocking gimbri (Moroccan bass lute), cello and cowbell groove of “Lowlands Of Sorrow” covers ground in a hurry, bucking and loping while Lewis and cornetist Kirk Knuffke float ragged, soulful cries over the top. And “Arachis,” which is named for Carver’s most famous research subject, the peanut, builds from ballad to blowout in classic Albert Ayler-esque fashion.