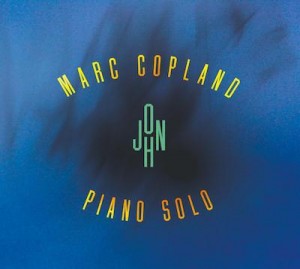 Pianist Marc Copland—who played saxophone during the early ’70s alongside guitarist John Abercrombie in a fusion act simply called Friends—summons a solo tribute album aimed at his late friend. Copland and Abercrombie gigged and recorded together in a variety of settings during the subsequent decades, and the pianist finds alluring, contemplative melodies among the guitarist’s songbook to reflect the relationship they cultivated for John.

With choices from dozens of albums, Copland selects songs that he’d previously recorded with his coconspirator—who died in 2017 at age 72—and some that he didn’t. “Vertigo”—the closer, which first appeared on Abercrombie’s album 39 Steps—is dashed with a bit of dissonance, aurally replicating its namesake affliction while also hinting at the dizzying feeling Copland must have experienced after losing his friend. Most of the album, though, is given over to tunes like “Sad Song”—which easily lives up to its name and was plucked from the guitarist’s 2009 album, Wait Till You See Her. Tucked away among some of the more solemn offerings here is “Flip Side”—originally “Flipside” on the Abercrombie quartet’s final outing, 2017’s Up And Coming—a sprightly dance that could be seen as examining various aspects of the musical personalities Abercrombie and Copland displayed during decades-long careers.