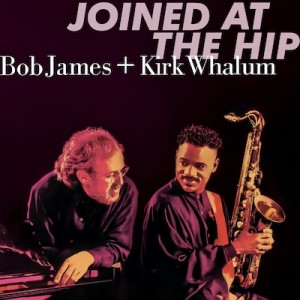 A remastered, well-rounded Joined At The Hip blends fusion and smooth-jazz. The 1996 album opens with “Soweto,” a fervent, reggae-tinged tribute to the township where South Africa’s independence germinated, dips into medium-tempo funk for the happy “Kickin’ Back” and adds a dash of rock for the bright “Tour De Fourths.”

Several successes nearly carry the day: “The Ghetto” is a shuffle peppered with vocal chants and a wiry Chris Walker bass solo. James rumbles, Whalum blows thick and guitarist Hiram Bullock cuts through clean and nasty. “The Prayer,” “Soweto” and “Deja Blue”—a brooding composition with rhapsodic James and Whalum in full cry—give the album much of its gravity and power. But there are missteps. “Out Of The Cold”—predictable next to the longer ventures—is a medium-tempo romp that finds the musicians in their comfort zone. And “Midnight At The Oasis” misses the mark. A wild intro promises novelty in an update of Maria Muldaur’s 1973 hit, but it quickly turns formulaic. The expertise is undeniable here, but another original would have been preferable in its place.