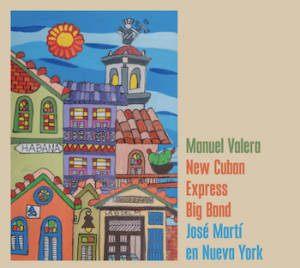 Manuel Valera celebrates a key figure in the liberation of Cuba from Spain on José Martí En Nuevo York. The pianist’s compositions clearly express his adoration for the 19th-century activist with vivid arrangements that spotlight vocalists Camilla Meza and Sofia Rei, who turn Martí’s poetry into song. Performances by the New Cuban Express Big Band—and, crucially, Valera—span the danceable and the pensive, their spirit making José Martí a joy to hear. But the album’s also about catharsis: Valera wrote much of the material last year, when his wife was battling cancer. She died in October, and the bandleader has dedicated the album to her.