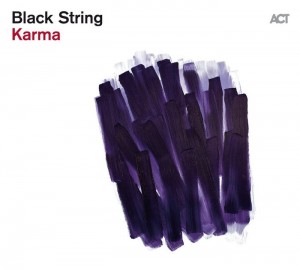 In the West, folk-fusion bands, from the Clancy Brothers and Fairport Convention to Mumford & Sons, have brokered their debt to the past by making folk melodicism conform to the norms of contemporary pop song structure. Black String, by contrast, prefers to make modern pop and jazz conventions bend to the instrumental strictures of traditional Korean music. So, unlike, say, the Wagakki Band, which uses traditional Japanese instruments to play mainstream rock, Black String uses mostly traditional Korean instruments to turn rock, jazz, and other styles into a kind of hybridized folk music.

Part of that stems from the fact that Black String is, itself, a hybridized band. Although bandleader Yoon Jeong Heo focuses on the stringed instrument the geomungo—the Korean cousin of Japan’s koto—and members Aram Lee and Min Wang Hwang play traditional Korean flutes and percussion, respectively, Jean Oh balances that with electric guitar and electronics, a sonic palette that adds anything from a rock edge to an ambient wash of acoustic color.

That range affords Black String a tremendous stylistic latitude. Some tunes, like “Beating Road,” augment folk melodies with the sort of rhythmic urgency that suggests a cross-cultural connection with jazz. On the other hand, the group’s mournful, coloristic cover of Radiohead’s “Exit Music (For A Film)” is not unlike listening to music with subtitles—although the content is familiar, the expression is different enough to seem transforming. At times, as on “Exhale-Puri,” Oh’s straight-eights strumming suggests a rock sensibility, but then Hwang starts singing in a folkloric Korean style and the balance flips entirely.

All told, Karma marks the sort of cultural crossover that, while not as commercially penetrating as K-Pop, might prove more enduring, because it’s less about assimilation than it is about expressing cultural identity across musical conventions. And as much as I like BLACKPINK, I’m much more curious to hear what Black String does next.