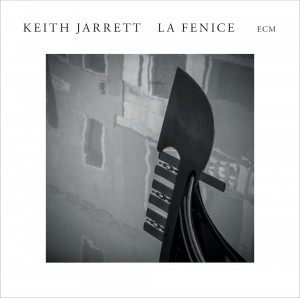 Keith Jarrett is the pianist who has asserted the most influence on contemporary practice by shifting focus from a blues- or clavé-based bebop vocabulary to classically indebted complexity and abstraction grounded in implicit pulse. Since his 1971 ECM debut, Facing You, he’s released more than a dozen albums of such in-studio or onstage performances. La Fenice, documenting his 2006 concert at Venice, Italy’s Teatro La Fenice, is the first to be released since recordings of his 2008 Paris/London concerts were issued in 2009. And it’s an apt example of what Jarrett’s brought to this demanding format.

With remarkable concentration for more than 70 minutes (there’s a four-minute pause three-quarters of the way through, during which he detours into Gilbert and Sullivan’s “The Sun Whose Rays”), the pianist creates a suite of loosely related explorations, evidently using no pre-prepared material. All of Jarrett’s hallmarks are here: free-flowing, virtuosic finger work, continuity and development of original ideas, sensitive touch and attention to dynamics, demonstration of vast harmonic knowledge and rhythmic surety. The pianist’s absorption of classical compositions, particularly those of Bach, the late Romantics and early modernists, dominate this performance; there’s no blues connotation until “Part III.”

Although Jarrett’s improvisation begins with a crisp, keyboard-ranging investigation, by “Part IV” he’s established a reflective, autumnal mood that, despite a relatively upbeat “Part V” and the walking blues of “Part VIII,” continues through his encores. The finale, his own “Blossom,” is melancholy, not so far-reaching as Jarrett’s suite, but revealing of the artist’s tender, yearning heart.