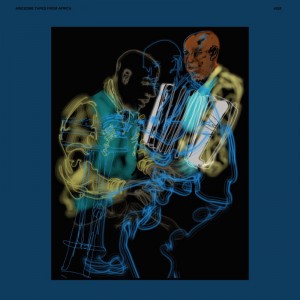 The break toward the end of “Tizita,” the lead track on Hailu Mergia’s Lala Belu, brilliantly encapsulates a career that stretches back decades to Ethiopia’s capital, Addis Ababa. Bassist Mike Majkowski and drummer Tony Buck, of Australia’s The Necks, push the album toward its most traditional jazz conceit just before Mergia—a keyboardist, synthesizer player and accordionist of the highest order—drops back in with a dose of supremely soulful soul-jazz. Then the groove subsides as Mergia offers up a musical denouement, pulling from an earlier portion of his life, prior to his relocation to Washington, D.C., in the early ’80s.

Reintroduced to the world several years ago, thanks to the Awesome Tapes From Africa label’s reissues of Shemonmuanaye (1985) and Tche Belew (1977), Mergia’s become a well-regarded player who, after decades of living as a civilian, slowly has reclaimed a career as a musician. Although the reissues certainly helped pave the way for this new release, these most-recent recordings constitute a strong, stand-alone statement.

“Addis Nat” is unexpurgated funk, as Mergia takes to the accordion, his contributions a bit loose in contrast to his taut rhythm section. And while there are repeated turns to jazz-funk, Lala Belu offers quiet moments, too. “Yefikir Engurguro” closes out the disc in somber fashion, spotlighting Mergia’s solo piano prowess. It’s a poignant moment, one that gives the listener an opportunity to contemplate the long, almost unfathomable path that led Mergia from Ethiopian dance halls to D.C. to widespread fame.