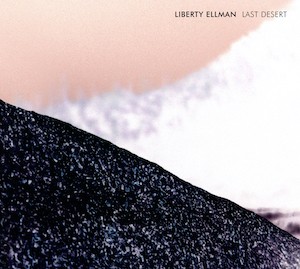 There’s a fetching conundrum at the center of Liberty Ellman’s ensemble music. Though spry and potent, it carries itself with a grace that puts a ceiling on exclamation. That kind of self-containment seems like it could be a bummer—improv’s allure often stems from the music’s enthusiasm, right? But in Ellman’s case, it adds a dollop of intrigue by foregrounding etiquette; even as his tuba/trumpet/saxophone/guitar front line issues a tapestry of frisky salvos, a chamber temperament dominates. The pieces feel just as natural at a muted volume as they do cranked up high.

The guitarist’s producing and mixing skills gave 2015’s Radiate the kind of complex air that marks this new disc. Refining his approach, and bolstering a dedication to melody, Last Desert is an apt bookend to its predecessor. A tad more polished, a bit more stabilized, its attack arrives
with poise.

“Last Desert II” is a baroque dirge that moves with stealth as it delivers both thorns and cushions. The rhythmic percolation that marks the work of Ellman’s occasional boss, Henry Threadgill, is front and center here, too. The smooth gusts of Jose Davila’s tuba and Steve Lehman’s alto boost the Threadgill parallels on “Rubber Flowers” and “Liquid.” But the attractive lyricism that the guitarist brings to his sideman role with Stephan Crump’s Rosetta Trio comes into play as well. The bandleader’s solo on “Portals” and his picking on “The Sip” have a signature lilt that makes the music glow a bit brighter, swirling rather than chopping—a clever way to pacify and provoke at the same time. Call it fetching conundrum number two.