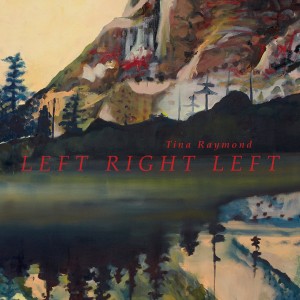 Los Angeles-based drummer Tina Raymond packs a lot of sociopolitical commentary into the invigorating grooves and bristling arrangements of her debut album, Left, Right, Left. That such a high-concept project would swing so hard seems a natural outcome for Raymond, a full-time professor of music at Los Angeles City College who has shared the stage with jazz luminaries such as Bobby Bradford, Bennie Maupin, Emil Richards, and Vinny Golia. In the liner notes, Raymond elaborates on the album’s source material, writing that the concepts of “left” and “right” are integral to understanding both drumming technique and the American political discourse. The connection between those two themes is illustrated here, as Raymond, Art Lande (piano) and Putter Smith (bass) offer a program that provides a new context for patriotic hymns, anti-war songs, Civil Rights anthems and folk music mainstays. The results are sometimes challenging, often eye-opening and consistently rewarding. Nowhere on this album is the meaning of a song so thematically transfigured than on “Battle Hymn Of The Republic,” which here develops an undercurrent of foreboding doom as it slopes toward chaos. Other times, a song is reframed rhythmically as well as symbolically, as when Pete Seeger’s “If I Had A Hammer” adopts an Art Blakey-esque hard-bop swagger. Throughout it all, Raymond displays ferocious chops and a remarkable sense of balance, supporting the overall group sound as much as she asserts her individual voice. In fact, her equipoise as a drummer is perhaps the most salient aspect of this disc, proving time and again that when it comes to left and right, it’s coordination—not separation—that produces the most satisfying results.