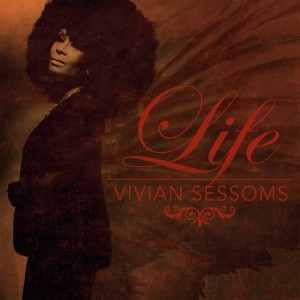 Vocalist Vivian Sessoms has spent most of her career backing the likes of Ryuichi Sakamoto and Donna Summer, but on Life and Life II, she makes a rare foray to center stage. Life is heavy on covers, while Life II features more originals; though both lean a bit heavily on 1990s neo-soul tropes (not a negative thing, but it helps to have the magnetic eccentricity of Erykah Badu to carry it off), they have their charms.

Sessoms shines on Life’s original “Dreaming Of A Boy,” a languid ballad about her son growing up, and her take on “See Line Woman” gives the song a modern bounce with saxophone contributed by Bowie sideman Donny McCaslin. Other updates don’t go so well: “Strange Fruit” is germane to our times, but its power’s undercut by grafting its heart-rending lyric onto a boom-bap beat.

Life II is the more successful of the two albums. “As” is a psychedelic journey, “I Can’t Breathe (For Erica)” a harrowing tribute to Erica and Eric Garner, and a cover of The Fixx hit “One Thing Leads To Another” feels almost like a throwaway, but a fun one.

These aren’t the most original albums under the sun, but neo-soul fans could do worse. Sessoms and company didn’t invent their game, but they do a solid job playing it.