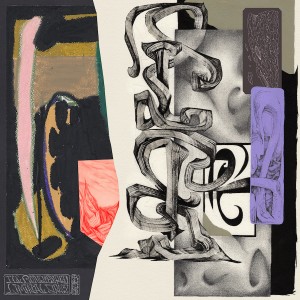 Ill Considered has been making a name for itself over the past four years with packed live shows in the U.K. and an ongoing series of nine limited-run, DIY live recordings that sell out to fans as soon as they drop. Liminal Space, the group’s 10th recording and first to be fully produced, loses none of the power of those raw predecessors and gains all the sheen of the studio. Core group members Idris Rahman (saxophone), Liran Donin (bass) and Emre Ramazanoglu (drums) drive furious improvisational invention over fantastically danceable beats. They play a trance-dance, spiritual style of jazz that’s bold, edgy and flat-out awesome. Somewhere, Don Pullen and Sun Ra are smiling. Take, for example, the aptly titled “Dervish,” where the three dig into a sinister, nasty march and spur each other to push harder and go farther. Ramazanouglu’s drums and Donin’s bass rage with rapid-fire angst. So, too, does Raham’s beckoning saxophone, which shifts into stratospheric zeitgeist via digital audio processing. But the music always has a spiritual edge, like the plaintive call of “Pearls,” the hopefulness of “Prayer” or the loping tempos of “Sandstorm.” On Liminal Space, the trio is joined by guests who represent an array of the U.K.’s finest young improvisers: Tamar Osborn, Sarathy Korwar, Ahnanse, Theon Cross, Kaidi Akinnibi, Ralph Wylde, Robin Hopcraft and Ollie Savill. They bring new layers, directions and energy to a production that is already teeming. There is so much to like on Liminal Space, and in Ill Considered, which effortlessly blends wide-ranging influences — from jazz freedom to punkish angst to spiritual mother Africa. This is a group that is looking toward its first tour of the U.S. soon. You’ll find this writer at the front of the line.