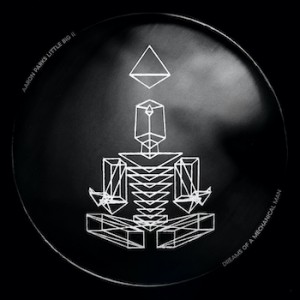 There’s a sneaky power to Aaron Parks’ music. Take “Friendo,” a track that appears early on Little Big II: Dreams Of A Mechanical Man. The title feels goofy, and the song starts with a cyclical piano/bass/drums pattern that feels more roots-rock than jazz or funk. But as the song starts rolling along, and Parks and guitarist Greg Tuohey start layering melodies over a taut groove, the music takes on depth and shape, evoking the infectious feeling of a wide, natural grin.

Much of Little Big II blooms in a similar fashion. Parks and the members of his ensemble rarely open a track with a loud announcement of their collective intentions. They build their musical argument layer by layer, each element sliding smoothly, discreetly into the mix.

“The Ongoing Pulse Of Isness” opens with the sound of chimes and glockenspiel jangling together for a full minute before Parks’ piano becomes apparent. The rest of the group slips in behind him and settles into what feels like a glassy-eyed homage to vintage Pat Metheny Group, anchored by Tuohey’s watery guitar lines. Even the most upbeat track, the reggae-informed “Where Now?,” fades into being, as if not wanting its busy bass lines and Stylophone-like synth tones to scare anyone off.

By that point, though, as it’s Little Big II’s penultimate track, Parks and his band already should have listeners under their spell. Or at least basking in the music’s soothing calm and quiet strength—qualities that are much needed in this unprecedented era. That might not have been their intended goal, but they hit the mark with seemingly little effort.