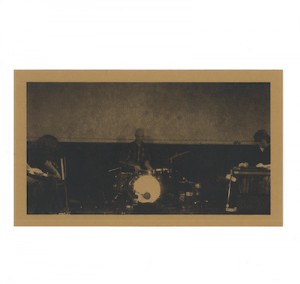 Guitarist Bill Nace has gotten attention as ex-Sonic Youther Kim Gordon’s partner in Body/Head, but he’s no newcomer. A youthful infatuation with hardcore evolved into a committed exploration of free improvisation’s collision with noise, and the two lines of inquiry intersect on Live At Rotunda. Chris Corsano, who drums on the album and plays with Nace in Vampire Belt, is one of his most enduring partners. The third party here is Susan Alcorn, a Baltimore-based pedal steel guitarist who has transcended her instrument’s conventions, and her presence certainly alters the duo’s chemistry. In Vampire Belt, the duo can sound like they’re jousting with the intent to draw blood. But on Live, they sometimes work more like twin burners on a stove, their flames rising and falling in near unison as unseen hands adjust the gas. For every moment of sonic assault, there’s another when Nace’s feedback billows in the breeze whipped up by Corsano’s quick, quiet circuits around the toms and cymbals. Each leaves gaps in his flowing attack, which has the effect of keeping Alcorn’s playing in the center of the frame. The passages where she plays explosive clusters seem closer to Cecil Taylor than anything on a country record, building to an unbearable tension, then bursting into continuous rivers of sound.