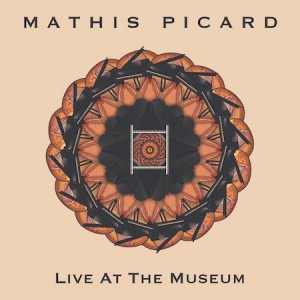 Mathis Picard’s solo piano recital is certainly one of the most intriguing releases that I have heard in recent times. As he shows on the opening selection on his debut recording as a leader, “The Creation Of The World” (an obscure John Lewis song), he often has the feel and touch of a vintage pianist but his playing is mostly quite modern and never predictable.

There are times, particularly during a rather original interpretation of Willie “The Lion” Smith’s stride piece “Cuttin’ Out,” that he uses an innovation devised by Jason Moran. Picard plays that piece almost conventionally in spots before seeming to hit a brick wall, sounding as if he were stuck in a tape loop, only able to play over a repeated two- or four-bar section. Finally, when the tension has built up to a high level, he breaks through to the rest of the chorus.

Picard has brilliant classical technique and a vivid imagination, as he displays during this January 2019 concert at the National Jazz Museum of Harlem. In addition to the Lewis song and two by The Lion (including an inconclusive “Woodland Fantasy” with Savannah Harris added on drums), he embraces John Williams’ emotional “Leia’s Theme” in a mostly out-of-tempo rendition and reinvents pieces by Ravel and Bix Beiderbecke (a rather abstract “In A Mist”). He also quotes parts of “Rhapsody In Blue” on a few occasions.

Of his five originals, the ballads tend to work best, while “Firelude” does not lead anywhere. Some of the selections segue into each other or do not have definitive endings but perhaps that was his intent, to sound as if the music were merely flowing through him.