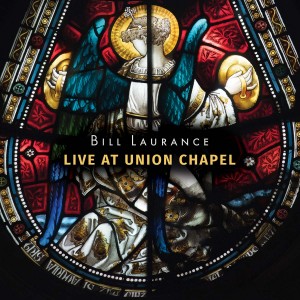 Snarky Puppy has risen to success because of virtuosic chops and youthful energy, but another huge factor in their broad appeal has been their music videos. Sneak a peek at their YouTube channel and you will find some of their major albums performed live in their entirety—in high-definition video, no less.

The latest release from the Snarky Puppy family comes from English keyboardist Bill Laurance. In consistent fashion, the video footage is being released along with the music. It’s a live album, but could pass as studio work due to the uber-tight playing of Laurance and bassist Michael League, who are joined by drummer Robert “Sput” Searight, percussionist Felix Higginbottom, a string section and a French horn player.

Musically, the recording pits Snarky virtuosity against the brand of spellbinding, emotive jazz that has swept through the U.K. of late. GoGo Penguin comes to mind on the album’s second track, “Never-Ending City,” with its introspective melody and spiritual chord structure. And on “Swift,” Laurance borrows from dance music’s rhythms to create something that fits in with his peers, but is still uniquely his own. DB