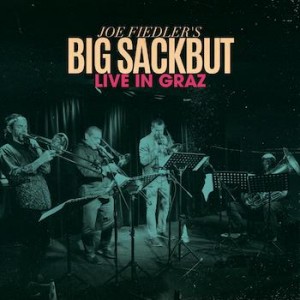 Given its utility for making rudely corporeal sounds, the trombone is the perfect instrument for a musician with a sense of humor. It’s fair to speculate that Joe Fiedler might have been a class clown, but the kind who also aced tests. Nearly a decade ago, inspired by all-reed combos like the World Saxophone Quartet, he named this group of three trombones and one tuba “Big Sackbut,” after his instrument’s Renaissance-era ancestor. Live In Graz is the troupe’s third album.

Befitting a musician who’s also the musical director of Sesame Street, Fiedler knows how to balance good humor with ample professionalism. Tubaist Jon Sass begins the disc’s opening tune, “Peekskill,” alone. He transitions easily from a waddle to a funky bump, and then the three trombones reply in immaculate formation. This music might simply sound jolly, but it’s still as precisely calibrated as a Swiss watch.

The program, which boasts a cover of Charles Mingus’ “Devil Woman,” also features three compositions by the late trombonist Roswell Rudd: “Bethesda Fountain” and “Yankee No-How” provide opportunities for the group to do a trick that all-horn bands seem to love—pull off a challenging rhythm without a rhythm section.