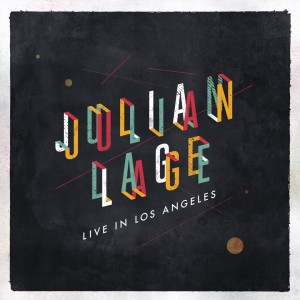 It’s a pleasure to watch someone grow from being constantly referred to as a prodigy into being a mature artist worth listening to irrespective of age. Julian Lage has been around the block already and at the end of his twenties, he’s made a solo record and duets with some other great guitarists, and now he’s hitting his stride. If Live In Los Angeles doesn’t convince you he’s the real deal, I’m not sure what you’re looking for.

If you’re a fan of the way that Keith Jarrett or Brad Mehldau play with standards, teasing the form mercilessly while keeping it intact, then you need to start paying attention to Lage. He’s chosen older compositions here, ones with harmonies that allow him to move around. All alone at the start of “I’ll Be Seeing You,” he’s insinuating the melody while nimbly tearing up the fingerboard, all accomplished with restraint and imagination.

There’s a little country twang on the bittersweet “Nocturne,” ultra laid-back, Wollesen and Colley absolutely perfect in their roles, feeding off the idea machine with the guitar in its hand, and handing over an ideal vibe for him to work with. Wollesen kicks off “Stop Go Start” with some Peking opera gong action and a simmering mallet stew, the Lage original showing that in addition to the more songbook-oriented outlook, the guitarist is firmly housed in the creative music continuum.