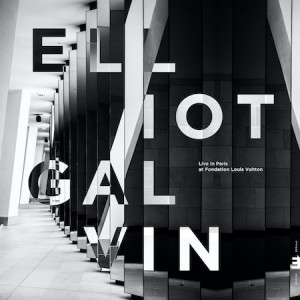 Still in his late 20s, British keyboardist Elliot Galvin already has established himself as one of his homeland’s most assured and curious musicians—an agile collaborator who’s worked in trumpeter Laura Jurd’s style-shifting Dinosaur, played free-jazz with bassist Mark Sanders and supported beat-driven rising star Emma-Jean Thackray. But his most impressive work has arrived through a nimble namesake trio that effortlessly toggles between post-Bad Plus convolutions, Baroque counterpoint and pop concision. Now, with his first solo outing—a largely improvised affair—he dips into his love for classical music to unveil a new element in his portfolio.

While no one would confuse Galvin with Keith Jarrett, he seems to draw inspiration from the elder’s fluid, wide-ranging performances, especially on the ever-morphing opener, “As Above.” He delves into internal piano tinkering on “Time And Everything,” damping and warping strings during the unsettled introduction, before finding a contrapuntal propulsion so infectious that he tossed in a two-minute coda. Galvin’s love for Bach comes through explicitly on “J.S.,” an appealingly fitful-then-fluid series of deconstructed lines in steady dialogue between right and left hands. Bach also imbues the wistful, decidedly spare “Broken Windows,” a folk-flavored meditation centered on a sustained drone produced by a single prepared piano string.

Galvin is assured and impressive throughout, but sometimes it feels like he’s trying out new gambits, then realizing a fuller structure—a common pitfall of younger players that listeners should overlook considering his clear talent and hunger.

Live In Paris At Fondation Louis Vuitton: As Above; Time And Everything; Coda; For J.S.; Broken Windows; So Below. (41:10)
Personnel: Elliot Galvin, piano.