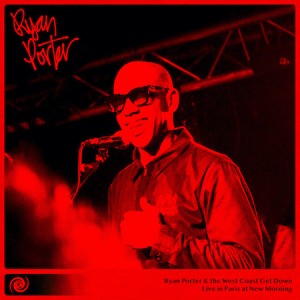 On Live In Paris At New Morning, trombonist Ryan Porter directs the three-piece front line of fluid collaborators known as The West Coast Get Down. Their melodic polyphony plays off a rhythm section that is so deep in the pocket, you can almost feel the lint.

The recording is super live and lo-fi with the audience’s chatter and responses to the music playing heavy in the mix—a throwback to ubiquitous mid-20th century concert albums that stressed the atmospherics and immediacy of hearing jams in the club. The ambient sound, however, isn’t the only connection to that tradition. Tenorist Kamasi Washington, in particular, supplies deep callbacks to ’70s soul music, hitting that sweet spot between Sonny Rollins and Maceo Parker.

On the ballad “Mesosphere” pianist Brandon Coleman’s neoclassical solo is illustrative of just how committed the ensemble is to utilizing a broad musical vocabulary. There are Miles Davis-style funk echoes, too, that underpin loping melodies and are punctuated by a stinging trumpet solo from Jumaane Smith on “The Psalmnist.”

“Oscalypso” doesn’t seem to be the Oscar Pettiford tune, but the composition serves as a tribute to the bassist. Porter’s trombone leads a sinuous melody in an extended and insistent statement here, before Washington and Coleman respond with simultaneously intense filigrees. It all mounts to ecstatic moans and wails as bassist Miles Mosley deftly signals the changes and lays down the funk.