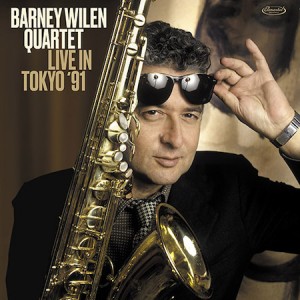 French saxophonist Barney Wilen’s a relatively unknown figure in the States; it’s perhaps his Zodiac or Moshi that obsessive diggers and avantists best know him for. But Wilen’s career stretched from the 1950s, when he recorded with Miles Davis and innumerable expat Americans, until his death in 1996.

A newly issued set, Live In Tokyo ’91, showcases the bandleader late in his career, still toting an assured tenor sound alongside a band performing at the Keystone Korner in Japan. It’s a straightahead effort, but so solid a recording that even those coming to the album hoping for the eccentricities deployed on Zodiac and Moshi should be sated by the bop dispensed here. A smoky take of Sonny Rollins’ “Doxy” comes just after a rendition of “Besame Mucho,” which is honestly a more fiery and rewarding interpretation than it has any right to be by 1991.

The set gets bogged down a bit when on the second disc the quartet turns to “Latin Alley” and features a pretty dated-sounding keyboard, courtesy of Olivier Hutman. It’s not a regrettable performance, just one that shows its age. And, for the most part, that’s the only disparaging thing to be said about Live In Tokyo ’91. While Wilen really never broke through in the States, the 14-tune recording could work to introduce a confident and thoughtful player to folks who never went digging for his work in the first place.