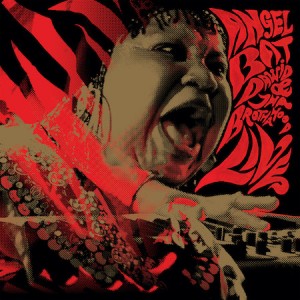 Listening to these live performances, mostly captured at the 2019 edition of the JazzFest Berlin, is an alarming, revelatory and ultimately rewarding experience. The Berlin concert showcases an artist vibrating with so much unfettered emotional conviction that it sometimes threatens her composure. And there’s ample reason for that.

Two days before the performance, singer Viktor Le Givens, Angel Bat Dawid’s longtime collaborator, passed out on the Chicago streets, en route to the airport to make the Berlin concert. He woke up in the hospital without his personal belongings. When Dawid’s manager explained the situation to festival producers, they reportedly responded coldly that if she couldn’t find a replacement, her performance fee would be reduced. She and her band also reportedly experienced multiple shards of racist microagressions at the Duke Ellington Hotel in Berlin.

While Le Givens eventually made it to Berlin in time for the performance, Dawid’s seething anger nearly was irrepressible. That crackling fury kindles the concert. Dawid’s a gifted multi-instrumentalist, singer and composer who’s already prone to shamanistic performance art. She and her ensemble superbly use their rage and proclivities toward theatrics to their artistic advantage.

Toward the end of brooding “Black Family,” Dawid pleads with the audience to affirm Black lives by singing with her, “The Black family is the strongest institution in the world.” In the face of a reticent audience, her request grows angry, eventually exploding into sobbing caterwauls in an act of demanding respect.

“Why do you hate us so much?” Dawid asks in cathartic admonishment.

She counters that rebuke, however, with such uplifting yet equally confrontational excursions as the searing “We Are Starzz” and the sardonic “The Wicked Shall Not Prevail,” a celebratory gesture toward Le Givens’ delayed arrival to the festival. If there’s any recent jazz album that embodies the old adage “lightning in a bottle,” this is it.