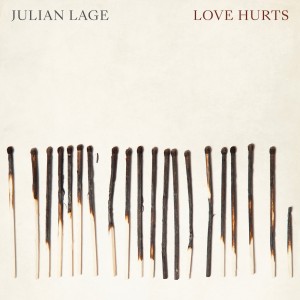 Julian Lage’s latest, Love Hurts, completes a trilogy of Americana-related recordings for the Mack Avenue imprint. The Grammy-nominated guitarist’s two previous efforts, Modern Lore (2018) and Arclight (2016), dug deep into the pre-bop and rock ’n’ roll eras, respectively. But the subject of this latest release is the unfettered musical milieu of the late 1960s and early 1970s, when free-jazz reached toward its zenith.

Aesthetically, each album in the trilogy lays the groundwork for the next, and the bridge between Love Hurts and Modern Lore likely would be Lage’s “Earth Science,” a standout free-improv tune from that earlier release. On this new record—Lage’s debut as producer and his first using drummer Dave King and bassist Jorge Roeder—such a progressive effort would fit right in with his blue take on Jimmy Giuffre’s “Trudgin’” and a crisp rendition of Ornette Coleman’s “Tomorrow Is The Question.” Lage’s source material here ranges far beyond the avant-garde, however. The album includes covers of “In Heaven” from the oddball film Eraserhead, Roy Orbison’s country rock classic “Crying” and a pair of early Keith Jarrett compositions: “The Windup” and “Encore (A).” On the surface, these all might not have much to communicate to each other. But Lage’s incisive musicality and clean fretwork go a long way to bridging aesthetic divides.

His two originals (“In Circles” and “Lullaby”) are the most inclusive selections on the recording, borrowing from nearly everything else and signaling the guitarist’s compositional intent: to build musical bridges firmly rooted in place, but standing outside of time and genre.