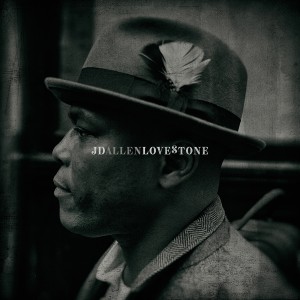 Tenor saxophonist JD Allen had only one goal in mind—to play “pretty”—when he set out to record an album consisting entirely of ballads. He put the brainier aspects of his craft to the side and opted to feed his emotional core, focusing on melody and tone while making a personal expression of empathy for the human race. Allen also took off his composer hat for this project: He draws from a repertoire of classic siren songs (including “Stranger In Paradise,” “Until The Real Thing Comes Along,” “Why Was I Born,” “Come All Ye Fair And Tender Ladies,” “Put On A Happy Face,” “Gone With The Wind” and others) in a nine-track program that’s presented as a love letter to the listener.

Allen’s long-running trio with bassist Gregg August and drummer Rudy Royston becomes a quartet with the addition of guitarist Liberty Ellman, who adds essential colors and textures. Allen indulges the lower range of his horn in particular on Love Stone, tapping the meaty resonance of his instrument’s bottom notes and subtoning with old-school breathiness. He doesn’t just play “pretty,” but deliberately as well, adding a strong sense of conviction to his message. And throughout Love Stone, he succeeds in getting directly to the heart of the matter. Allen has come a long way since making a strong initial impression when he emerged on the New York scene during the 1990s; Love Stone makes it clear that he now is fully possessed of his own singular voice.