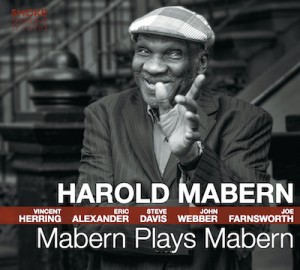 Even if you didn’t know that the late Harold Mabern stood more than 6 feet tall, it would be possible to sense his size from the sound he got from the piano. Nicknamed “Big Hands” as a teenager, Mabern took a two-fisted approach to the keyboard, using big block chords to power an ensemble. Just listen to the ferocity with which he comps on the angular, post-bop burner “The Beehive,” a tune off this posthumous live set.

After a powerhouse opening that found him shadowing the horns in thunderous octaves, Mabern’s relentless, chiming chords drive a duel between altoist Vincent Herring and tenorman Eric Alexander, fueling their interplay with such ferocity that listeners might expect one of the horns to burst into flames. Or consider his brooding, rhapsodic intro to “Mr. Johnson.” There are moments when his combination of modal harmony and sustain-pedal dynamics evoke the majesty and rhythmic authority of post-Coltrane McCoy Tyner.

Recorded during the same run of shows that produced 2018’s The Iron Man: Live At Smoke, this album—intended to eulogize the pianist, who died Sept. 17, 2019—actually burns a bit brighter than its predecessor. Some of that has to do with the addition of Herring and trombonist Steve Davis to the lineup, as they contribute luster and lyricism to the likes of “Lover Man” (one of only two non-Mabern compositions here). But even without the guests, Mabern’s band was hot that night, as evinced by the explosive chemistry between Alexander and drummer Joe Farnsworth on Mabern’s George Coleman tribute, “Lyrical Cole-Man.”