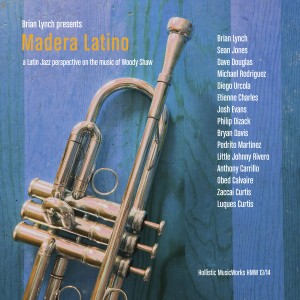 What a gift that Brian Lynch, one of the most accomplished, dynamic trumpet players in jazz, has chosen to interpret the music of Woody Shaw—one of his most important precursors—through the lens of Latin jazz. Even better that he invited eight other esteemed trumpet players to the party, including Dave Douglas, Sean Jones and Diego Urcola. Talk about dream projects.

This double-CD dream turned out remarkably well, even for listeners who may recoil at the stereotype of so much brass bravura in the same room. Because let’s face it, there’s lots of fiery, athletic playing here. But the accent isn’t on one-upmanship; it’s on subtle blends, lyricism, dynamics and the sweet openings that emerge when you cross-pollinate Shaw’s asymmetrical tunes and multidirectional harmonies with clave rhythms.

Exploring material from albums such as Rosewood, Love Dance, Song Of Songs and others, as well as an original blues and a 15-minute suite dedicated to Shaw, Lynch and company create a panoramic landscape, with trumpets in solo, duo, trio and quartet formation. One of the catchiest arrangements—a real earworm and a textbook example of how Shaw’s music can be adapted to Latin beats—is “Joshua C,” its witty, arpeggiated vamp skipping disso- nantly over Shaw’s slippery half-step modal chord progression.

Delights abound. On the percolating “Zoltan,” Lynch shows he can go anywhere he chooses, zipping up to high notes, kissing sudden substitutes or displacing rhythms as he runs downfield. He and Michael Rodriguez create a band-of-trumpets feel on the romantic “Sweet Love Of Mine,” and a trio of Lynch, Jones and Philip Dizack sound like a brass choir scored by Gil Evans on “Time Is Right.” Etienne Charles spits a lean, lyrical solo on the driving “On e New Ark,” and Josh Evans evokes Miles-ish languor on the urgent “Song Of Songs.” roughout, percussionists Pedrito Martinez, Little Johnny Rivero and Anthony Carillo provide snappy solos and create rhythm section momentum with brothers Luques (bass) and Zaccai Curtis (piano).