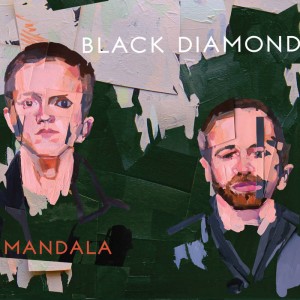 The debut from Black Diamond, a Chicago-based quartet of two tenor saxophones, bass and drums, is the perfect album for late afternoons in the summer. The band is co-led by tenor saxophonists Artie Black and Hunter Diamond, who take on equal roles, each composing three tracks on his own and co-composing three more for the nine-track program on Mandala. Bassist Matt Ulery and drummer Neil Hemphill round out the quartet, providing solid grooves and leaving plenty of room for the two tenors to interact and mesh. The combination of the two tenors is extraordinary; their unison playing has the warmth that results from two musicians closely interacting, and at times it becomes difficult to distinguish Black from Diamond because their sounds are nearly identical. Some of these tracks seem to float by, leaving behind a warm feeling as they pass. Elsewhere, the nearly unhinged “Rudy’s Mood” is immediately followed by the bittersweet “Eleanor & Rufus.” The music is spirited and passionate throughout, and it’s easy to visualize this quartet enjoying themselves in the studio. (Black Diamond will play an album-release show at Chicago’s Constellation on Aug. 11.)