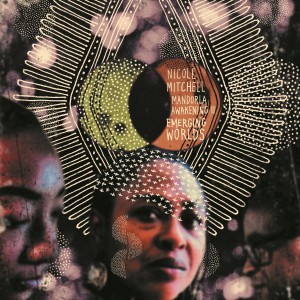 For this new incarnation of her Black Earth Ensemble, flutist Nicole Mitchell composed a more-or-less continuous suite as an allegorical work of speculative fiction, based on an integrative Afrofuturist ideal world in which the apparently incompatible concepts of utopia and dystopia no longer are held in opposition. Mitchell imbues the music with a full narrative, including characters and an intergalactic setting, but these elements guide the sounds rather than dramatize it operatically. Even when Avery R. Young sings, the lyrics are evocative, political and symbolic—not plot-driven.