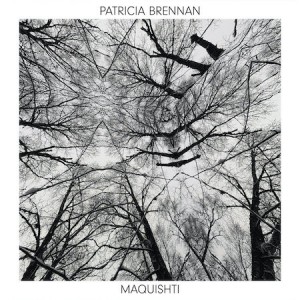 The sheer tonality of Patricia Brennan’s marimba and vibraphone summon the concept of freedom. It’s one of the reasons why the percussionist titled her debut Maquishti, a word from the Nahuatl language—native to parts of central and southern Mexico, including Brennan’s home state of Veracruz—that means liberation. And a unique sort of independence shines through on each of the album’s 12 original pieces.

Opening with “Blame It,” the tune introduces Brennan’s vibraphone, using moderate amounts of reverb and dampening to showcase the instrument’s ethereal but familiar character. The melody, however, demonstrates Brennan’s embrace of freedom and morphs from sparsely discordant to distinctly modern with chromatic patterns. “Solar” seemingly builds on these qualities, as the improvised piece immediately presents an even looser frenetic flow of notes with shifting tonal centers. The gradual integration of additional effects—notes decaying with character akin to the soft beeps of a radar—fosters an almost alien ambiance. And “Point Of No Return” incorporates binder clips to give Brennan’s performance a rattling, unsettling quality while expanding the concept of what sounds a vibraphone can create.

Comfort with long silences and slowly building apexes typify Brennan’s masterful touch as an improvisor. But her more conventional performances—as on “Derrumbe De Turquesas”—are just as creative and impactful, and imbue Maquishti with a beautiful revelry.