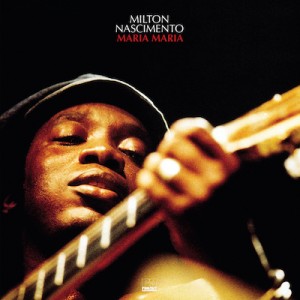 First released in 2003, Milton Nascimento’s ambitious Maria Maria now is a two-LP set. Despite its textural and structural variety, at more than an hour it can be boring, and it’s not cohesive enough to stand alone. The 1974 recording initially was designed as a soundtrack to a ballet about slavery in Brazil, and it feels that way, even as it showcases Nascimento’s undeniable prowess. Highlights include his honeyed voice on “Francisco,” “Sedução” and the captivating “Boca A Boca,” an extended track featuring nervy vocals, lurking flutes and Pointillist synth. Like several other cuts, “Santos Católicos X Candomblé” opens with spoken word and moves into bristling percussion. Guitars and vocals feint and parry as this haunting tune divides and subdivides, throwing off heat. Nascimento’s fusion of ideas and strains makes Maria Maria distinctive; rigorous editing could have made it memorable.