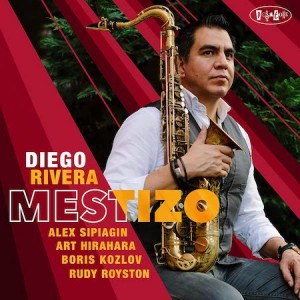 There is nothing more exhausting than having to explain over and over again a cultural reality — whether it be misogyny, homophobia or color racism — and, however willing the recipient seems, not being fully believed. That is the “Battle Fatigue” the doughty Diego Rivera invokes right at the beginning of this powerful set. Written in the aftermath of Derek Chauvin’s conviction for the murder of George Floyd, the tune engages, head-on and defiantly, with a burning solo from Sipiagin and a no less forceful statement from the leader. But it’s the ensemble that matters, driven by Hirahara’s comping, Kozlov’s mobile, elastic bass and Royston’s crisp, emphatic beats.

There’s no mistaking the sensibility behind this record. The music rises above fatigue, as jazz continually rises above generic fatigue, to make a strong personal statement of cultural pride. It’s perhaps best summed up in “Rasquache,” a determined detourning of a word that used to imply a cultural slur but is now adopted as a badge of Chicano uniqueness. “Bracero” comes from a similar place, a term equivalent to the British “navvy” or manual worker, especially digger. Rivera excavates the history of jazz, touching on Wayne Shorter’s “Teru” and Kenny Dorham’s “Escapade,” clever choices for a player of his sensibility, for this is timeless hard bop, highly individual but plugged into a long tradition. Nothing that Rivera plays sounds formulaic or pre-formed, and the band he has assembled is absolutely with him: disciplined, fiery, logical and freewheeling by turns. Hard to fault anything on this record.