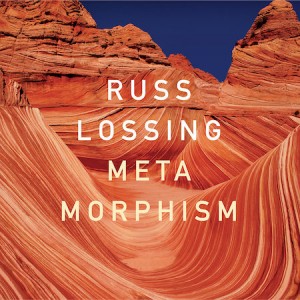 Composer and improvisor Russ Lossing arrived on the New York scene during the early ’80s, when he studied with John Cage and became a pivotal member of the Paul Motian Quintet during a 12-year stint marked by weeklong residencies at the Village Vanguard. With the release of Metamorphism, Lossing shines as brightly as any of the jazz pioneers who preceded him in mapping out their own musical journeys.

In 2019, the pianist honored the ever-adventurous late drummer with Motian Music and again pays tribute to him on Metamorphism’s title track with intervallic layers of sound. Here, and throughout the album, Lossing’s longtime ensemble of frequent collaborators—saxophonist Loren Stillman, bassist John Hébert and drummer Michael Sarin—is completely attuned to the bandleader’s compositional vision, freeing each performer to take their own flights of fancy.

On the opener, “Three Treasures,” Lossing telegraphs an urgent message with keyboard triplets, echoed and amplified by Stillman’s horn, setting the tone for a call and response among players who trust each other implicitly. From “Mai’s” evocation of smoky late-night blues, caressed by Hébert’s languid bass, to the peck-peck-pecking of Sarin’s drums on “Pileatus” and the wideopen space of “Blind Horizon (For Andrew Hill),” a contemplative tribute to the late pianist and composer, Metamorphism reveals a series of worlds lit from within by Lossing’s singular playing and composing styles.