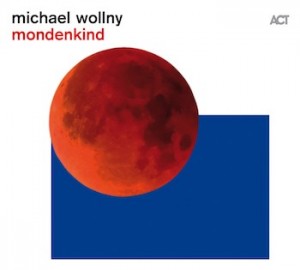 Turning in a solo piano album, as opposed to working with his well-established trio, doesn’t take away from Michael Wollny’s ability to conceptualize, compose and convey a breadth of larger-than-life musical ideas.

The track list alone, with titles like “The Rain Never Stops On Venus” and “Un Animal Imaginé Par Méliès,” fosters fascination. The latter tune lends itself especially well to listeners’ imaginations; the titular figure, Georges Méliès, directed the iconic 1902 film A Trip To The Moon. Wollny leans into his concept, beginning the track with strikes and hard plucks of the piano strings. While somewhat jarring, the aural oddities seem an appropriate embodiment of Méliès’ creativity. The disjointed nature of the piece’s melodic and rhythmic flow, as well as booming low notes at the track’s end, are at least unconventional in jazz writing, if not radical. The ideas do, however, fit well when considered through a contemporary classical lens. The same could be said about the frenzied and dynamic “Spacecake.”

“Lunar Landscape” doesn’t have nearly the length for the same wealth of segmented changes. Yet, the piece manages to depict the moon’s surface in a lively and unexpected fashion. The melodic movement of the piece resides in Wollny’s left hand, not the right, providing a contrast befitting of the moon’s unknowable but picturesque qualities.