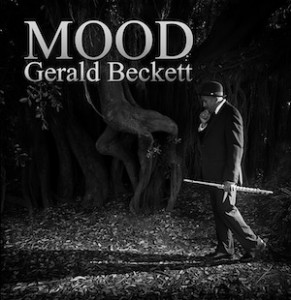 A common juke-joint sound is pervasive on several of flutist Gerald Beckett’s compositions—particularly on “Down Low,” “Club Raven” and “Shacktown.” Each tune has a rollicking mood that resonates with a gut-bucket blues feeling.

But there are other sounds on MOOD, and none more chocked with hard-bop ingredients than “Minor Funk.” Beckett is led on this furious Cyrus Chestnut-penned jaunt by drummer Greg German, impelling the flutist to exert the full range and force of his instrument. Was that a Hubert Laws orchestral turn, an Eric Dolphy flutter? Perhaps, but mostly it’s Beckett’s personal arsenal of tonality and exposition. Appealing, too, is the way Beckett blends his shimmering flute effects with Ruben Salcido’s tenor saxophone and Steve McQuarry’s piano on Wynton Marsalis’ “Waterfalls.” A torrent of notes merge here to create a tapestry of expressive beauty and enchantment. And the bandleader’s shift to the alto flute gives the tune an even deeper lushness. Despite the often changing ensemble of musicians from track to track, there is an unerring sense of completeness, and this might be attributed to Beckett’s unifying direction. On “John Neely–Beautiful People,” Beckett offers a relaxed feeling that could very well be background music for a social affair—a stark contrast to the blistering nightclub beat he evokes on “Ode To Ray Wood,” where Noah Frank’s trumpet is a delightful embellishment. The moods here are as variable as Beckett’s artistry—and that is profound and lustrous.