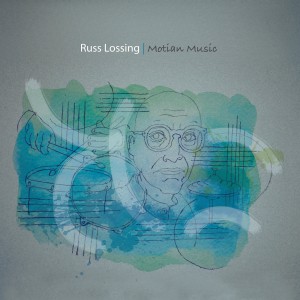 Paul Motian (1931–2011) wrote and recorded more than 100 original compositions during his long career as a drummer and bandleader. And he shared his tunes, notable for their singable melodies and rhythmically ambiguous forms, freely with his bandmates. One of those former bandmates is pianist Russ Lossing, who collaborated with Motian on several pieces in the drummer’s oeuvre. Lossing’s standing trio of 20 years with bassist Masa Kamaguchi and drummer Billy Mintz pays homage to Motian and his compositional concepts on this new recording of 10 Motian originals.

The group is a great fit for Motian’s tunes, which are ripe for creative interpretation by their very nature. All three members demonstrate a unique ability to let the pieces sing for themselves and expand upon them in an organic way. The entire program was recorded live in the studio, all one-takes, in the order presented on the album. The musicians worked without any pre-set arrangements or discussions about the music—everything unfolds completely naturally, with a distinct free-jazz bent. Melodies—often played by Lossing in two-handed, multi-octave unison—and textures dominate the session. Harmony is mostly decorative and spontaneous, with the exception of a few instances where Motian wrote actual chord progressions. The music is by turns fluid and disjointed, booming and delicate, insistent and reflective. On this captivating recording, Lossing and company do a stellar job of illuminating the bare essence of Motian’s idiosyncratic writing.