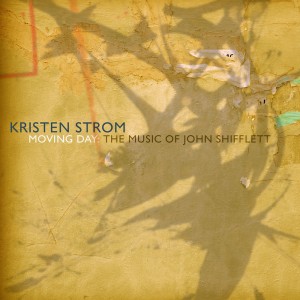 Countless words have been plied in the pursuit of articulating the entangled connection between music and community. On reedist Kristen Strom’s album devoted to late Bay Area bassist John Shifflett, the connection appears in full force. Shifflett’s quartet members for 25 years (Strom, drummer Jason Lewis and guitarist Scott Sorkin), as well as a host of other collaborators, gather to give life to the tunes composed by their late friend. The result is a touching sonic imprint of Shifflett’s local musical and communal life. Throughout, the bassist’s generosity and humor come through amid open harmonies and searching melodies, the tunes animated by caring arrangements of tight horn parts and musicians’ bright playing. On various tracks, Strom doubles on a number of instruments to produce her own woodwind section. But when she stays on saxophone, as on the meditative “The Vikings,” the group’s longterm intimacy comes through. “Franklin’s Men/Northwest Passage,” the only track here not composed by Shifflett, features bassist Ken Okada on the starting and closing melody, and provides a gentle, parting homage to Shifflett’s lifelong instrument.