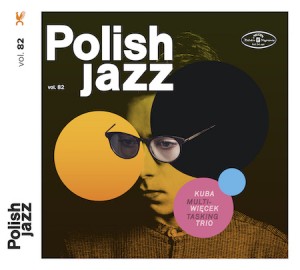 Multitasking¸ the second album from saxophonist Kuba Wieçek, evokes the disorientation—both joyful and frustrating—of walking through a poorly curated modern art exhibition. The pieces hang together nicely, but without explanation, and the placards that accompany each work are hundreds of words long—and mention Hegel.

Wieçek, 24, already has built a reputation for himself in his native Poland, where his last album won Jazz Debut of the Year from Polish Radio Channel Three. Certainly, his chops are impressive, but Multitasking offers tracks that are more ideas than songs; they’re still compelling and catchy, and always meticulously constructed.

Rather than explore, The Kuba Wieçek Trio realizes songs. Most are less than four minutes, and folksy melodies—as on opener “SUGARboost”—abound. Drummer Łukasz Zyta kicks things off with a huge, bouncing march, Wieçek joining with a knotty, vaguely Cyrillic refrain that increases in complexity as the tempo ramps up in velocity. “Tacos In LA” tears through ideas and tempo changes, but it’s pinned down by a recurring, treacly melody that’s fast to insinuate itself into your brain. “Jazz Masala” experiments with a vocal performance meant to imitate a specific percussive instrument. Excepting its formal inventiveness, and the song’s melody being one of the record’s prettiest, it’s probably the most annoying thing committed to tape this year. The closing title track encapsulates the entire album’s spirit, opening with a smart, boppish melodic statement, which a juddering, lo-fi drum-n-bass rhythm section sends skittering. When the tune ends, it’s not clear exactly what happened, but it felt smart and getting there was pretty amusing.