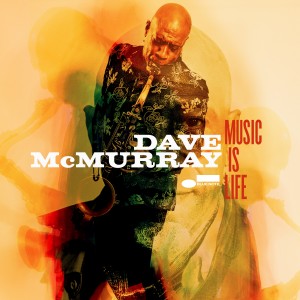 McMurray is a longtime associate of Blue Note honcho Don Was, who said the bandleader “is never trying to impress people with all he knows about music or about his dexterity over the instrument. It’s all about honest expressions.” McMurray’s fruitful association with Was includes appearances on high-profile Was-produced releases, including work by The B-52s, Iggy Pop, The Rolling Stones and Bob Dylan.

McMurray revives his heart-wrench belter “Que Je T’Aime” with Ibrahim Jones’ bass taking the organ line from the original. More interesting is “Freedom Ain’t Free,” which, with its multi-tracked Middle Eastern-sounding horns reflects the influence of the bandleader’s time with Algerian Rai supremo Khaled. McMurray’s tenor is drill-like over the closing tracks that celebrate his Motor City heritage, and offer McMurray’s fearless spirit and gritty virtuosity more than his homages to The White Stripes’ “Seven Nation Army” and P-Funk’s “Atomic Dog,” which lack rhythmic nuance, despite their Detroit cred.