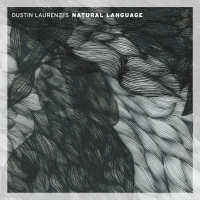 Saxophonist Dustin Laurenzi’s new album, the debut of his project Natural Language, is a compelling portrait of an agile quartet. Laurenzi’s compositional voice—which also lends a nostalgic sound to the Chicago-based trio Twin Talk—is at the heart of this all-original program. With tunes that are brooding, celebratory and earnest, one gets the sense that Laurenzi values atmosphere and feeling over individual sounds. (It’s an aesthetic that has fueled Laurenzi’s collaborations with other artists who make highly personal music, such as Bon Iver and Jeff Parker.) Despite his role as the frontman, Laurenzi’s tone is usually understated, not occupying a spot in the foreground. This works well, as he delicately dances in the busy ambience the other three players provide. Laurenzi’s and guitarist Jeff Swanson’s roles perpetually shift; each one is adept at stepping forward with melodic improvisations or stepping back to add sonic textures. Drummer Charles Rumback, who makes great use of brushes, often rustles underneath, not just keeping time but also providing compelling timbres. Bassist Mike Harmon serves as the active anchor for the quartet. While Laurenzi and Swanson whirl above, Harmon croons busily below, injecting additional excitement to the proceedings. One spin of this album provides ample evidence that its title is appropriate: These four musicians speak to each other with an eloquence and natural grace that draw the listener in.