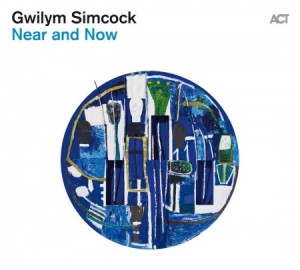 Pianist Gwilym Simcock regularly can be seen on international stages, touring as part of Pat Metheny’s quartet. But he sounds stronger by himself at his Berlin home, where he recorded this self-produced second solo album, blending modern chamber music’s compositional techniques with quick-thinking improvisation.

Part of what makes Simcock’s approach so distinctive is how he can bring such a broad scope to the keyboard, but then segue into gentle movements in ways that never sound abrupt or obvious. His tone and dynamics are especially assertive on the two three-part suites, “Beautiful Is Our Moment (For Billy Childs)” and “Many Worlds Away (For Egberto Gismonti),” being built up from a series of contrasts. On “Our Moment,” he plays heavy and light passages off one another, as well as dark rumbling chords and lighter high-note lines. The pianist outwardly honors his heroes through each piece’s dedications, connections sometimes vividly being made between his work and theirs. But then Simcock takes singular turns during his improvisations, including emphasizing blues phrases and repeating single-note, low-register lines. Ultimately, these tributes serve more as touchstones than reflections, since Simcock produces a sound that’s his alone.

Near And Now: Beautiful Is Our Moment (For Billy Childs), Parts I–III; Before The Elegant Hour (For Brad Mehldau); You’re My You (For Les Chisnall); Inveraray Air (For Russell Ferrante); Many Worlds Away (For Egberto Gismonti), Parts I–III. (58:53)
Personnel: Gwilym Simcock, piano.