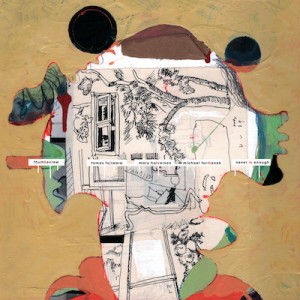 There is a considered effortlessness that comes as the result of having played music together for the best part of a decade. Such is the sound of Thumbscrew’s Mary Halvorson, Tomas Fujiwara and Michael Formanek — a finely tuned rhythm section that continues to explore the seemingly limitless bounds of their creativity on the band’s sixth album together.

The record’s opening lope transforms into a canter, then to a gallop, shredding through Halvorson’s melodic lines on the free-form “Fractured Sanity” and making liberal use of reverb-laden textures on the lyrical “Unsung Procession,” before closing track “Scam Likely” dissolves into a dark palette of distortion and thundering drums. It’s remarkable how the trio can create such expansiveness in their sound from just three instruments.