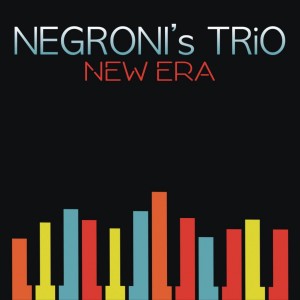 New Era is the ninth album by the Miami-based Negroni’s Trio, led by Puerto Rican pianist José Negroni and featuring his son, Nomar, on drums and Joshua Allen on bass. This is also the group’s most stylistically fluid disc to date. Jazz and Afro-Cuban are identifiable touchstones, but these musicians aren’t shy about opening the door to closely associated Latin genres, with guest artists ranging from Puerto Rican singer Pedro Capo and Brazilian vocalist Rose Max to Dominican rapper Lapiz Conciente, who adds considerable swagger to a version of “Take The ‘A’ Train.” Electronics also have an outsize influence here, much more than on previous albums by Negroni’s Trio, with pianist José taking a cool, ruminative synth solo on “Brazilian Love Affair” that reveals his prodigious jazz chops and deep-thinking melodic sense. The principal strength of Negroni’s Trio has always been its lockstep cohesion, even across moments of rhythmic complexity, and that’s still very much the case on New Era. The album is rife with examples of musical sublimation, where melodic energy is compacted and condensed, only to explode, vapor-like, as the song reaches its climax. A perfect illustration is the coda on “Sunny,” featuring Cuban vocalist/actress Aymee Nuviola (who is famous for portraying salsa legend Celia Cruz in a TV series). Nomar is positively ballistic on drums, and his whip-cracking snare adds emphatic punctuation to his father’s spitfire piano solo. More than a showcase of technical prowess, it’s a demonstration of the group’s open-eared adventurism, weaving threads of salsa, hard-bop and funk into an infrangible braid. It’s an impressive feat, and hopefully an indicator of more good things to come from this longstanding threesome.