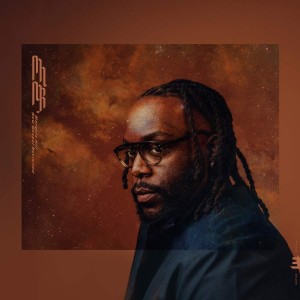 What happens when you relive the music of your youth? It’s a question that trumpeter Marquis poses with New Gospel Revisited, his latest and very beautiful offering on Edition Records. For Hill, youth is a relative term. At 35, he certainly is still in his youth when you come right back down to it. But New Gospel Revisited serves as a reimagining of his debut recording New Gospel (independently released), which came out in 2011. A lot can happen in a decade, an artist can mature. And that’s what happens here. While that debut served as an announcement of things to come from one of the most promising new kids on the Chicago music scene, Revisited demonstrates an artist in his full, grown vision. While the original was carefully crafted in the studio, on this turn Hill and a completely new cast performs it live, unedited at Chicago’s Constellation. It’s a document demonstrating the true high-wire act of improvisation and art. For this incarnation, Hill assembles a new cast for the proceedings, and it’s stellar. Adding to the nine great tunes on the original, Hill adds five solo briefs for his compadres highlighting their many gifts. Saxophonist Walter Smith III blows bluesy, fluidly and fine on “Walter Speaks.” Drummer Kendrick Scott calls on the spirits with a beautiful solo drum turn on “Oracle.” Joel Ross offers a shimmer and sigh of a ballad with “Lullaby.” Bassist Harish Raghavan delivers on the promise of “Perpetual.” And pianist James Francies sends the congregants away on a cloud with “Farewell.” But it is on those other tunes that this group coalesces as a mighty whole. On the title tune, the unison horn lines of Hill and Smith are driven by swing-solid rhythms of Scott and Raghavan that give way to a bed of rhythm for Hill to solo over, which he does with a mastery and soulfulness that’s rare. There are so many moments of “Hell yeah” beauty here, like Francies and Ross serving up a tasty round trading fours on “The Believer,” the Mingus-like drive of “Law And Order,” or the optimistic playfulness of “Autumn,” with Hill bringing out his mute to give the sound that far-away vibe. Hill takes his own solo turn on “New Paths,” and it’s a triumph. So is New Gospel Revisited. If this is the beginning of the next phase of Marquis Hill’s work, we can’t wait for more.