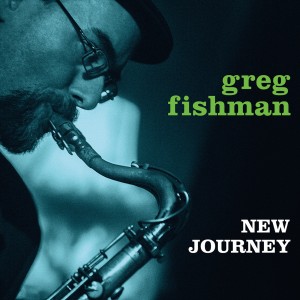 Unsung Chicago tenor saxophonist Greg Fishman is worth our respect. He’s a hardworking Midwesterner who’s built a viable career out of playing, teaching and publishing a plethora of valuable academic texts for musicians. He’s also a world authority on Stan Getz, and there are whiffs of Getz in his balladeering and curlicue adornments, but otherwise Fishman is a less ethereal player. He’s steeped in Chicago’s tough tenor tradition, whether by accident or design, and his playing is rich in drive and detail, somewhat reminiscent of (non-Chicagoan) George Coleman.

Fishman’s deep knowledge of the mechanics of jazz leads to such compositions as “The Ninth Degree,” inspired by his penchant for his favorite chord note, and “Boppertunity” a tobogganing theme built over “All God’s Children Got Rhythm.” But Fishman is more than mere scholar—there’s heart, nuanced tonality, interaction and snappy composition here.

Plus, the tasty rhythm section has a wealth of experience. Dennis Luxion is known for vintage sojourns with Chet Baker, but he currently hones his skills at late jams at Chicago’s Green Mill jazz club; Eric Hochberg’s sure time and rich tone have been sought by leaders such as Pat Metheny, Terry Callier and Jackie Allen; and drummer Phil Gratteau is another unheralded local stalwart.

One of Fishman’s most fluid, painterly solos comes on the impressionistic “Floating Down,” a waltz built with wholestep descending major seventh chords that features intelligent solos from Luxion and Hochberg and a chilled bellnote kiss from the leader to close things out.

Elsewhere there’s plenty of straightahead, no nonsense grooving, such as on “Champagne Jane” (nice incidence of false-fingered shadow boxing from the tenor) and the Latin-tinged “Dahlia” spontaneously named for an appreciative audience member. This is a compact, consistent album that doesn’t outstay its welcome.